Complex systems are occasionally switching between several qualitatively different modes of behavior, even in the absence of external influences. An example of such mode-switching behavior of a complex system is a sequence of changes in sleep stages observed on approximately 90-min interval of sleep cycle. We examined whether relatively stable stages and relatively rapid transitions between them can be linked to the observed markers of underlying processes of sleep–wake regulation. Using data on two napping attempts of each of 28 university students, we described how scores on principal components of the EEG spectrum and rates of transitions between stages can serve as objective markers of interaction between three underlying on–off switching mechanisms that, in turn, can reflect strengths of the mutually inhibiting drives for sleep, wake, and REM sleep. A sequence of transitions between five stages over sleep cycle can be viewed as representing a sequence of episodes of the “struggle” between these three permanently competing mechanisms. Each of typical stage transitions in sleep cycle can be interpreted as a relatively rapid change in state of one or two of these three on–off switchers. It seems that only one of them is capable to maintain the switch on state during a stage with the exception of transient stage 1 sleep during which all switches remain in switch off state. An aim of future research of stages and their transitions during normal and disturbed sleep can be aimed on identification of a switching mechanism involved into a certain disturbance of sleep.

© The Author(s), under exclusive licence to EDP Sciences, Springer-Verlag GmbH Germany, part of Springer Nature 2022. Springer Nature or its licensor (e.g. a society or other partner) holds exclusive rights to this article under a publishing agreement with the author(s) or other rightsholder(s); author self-archiving of the accepted manuscript version of this article is solely governed by the terms of such publishing agreement and applicable law. 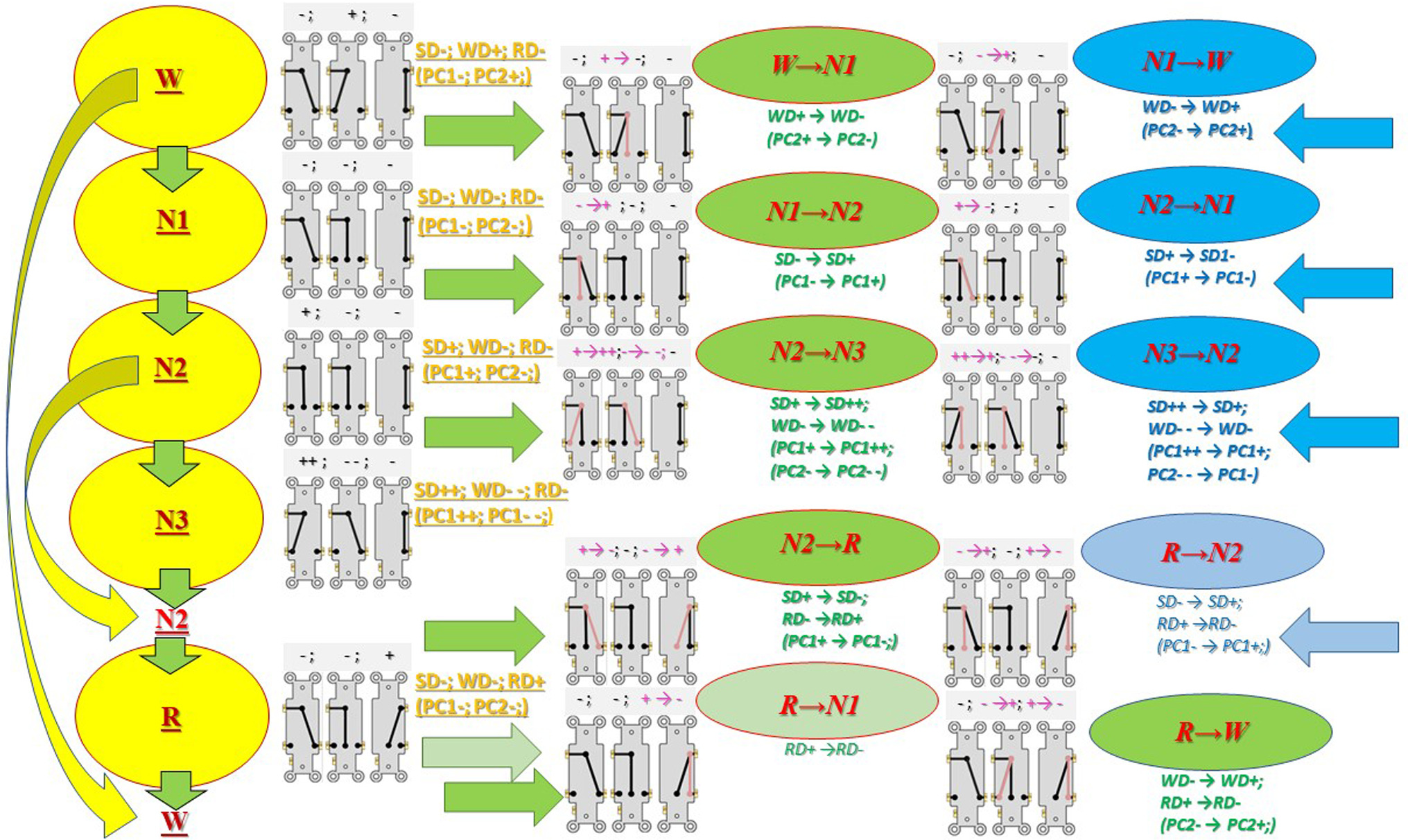