Theoretical and technological building blocks for an innovation accelerator

Modern science is a main driver of technological innovation. The efficiency of the scientific system is of key importance to ensure the competitiveness of a nation or region. However, the scientific system that we use today was devised centuries ago and is inadequate for our current ICT-based society: the peer review system encourages conservatism, journal publications are monolithic and slow, data is often not available to other scientists, and the independent validation of results is limited. The resulting scientific process is hence slow and sloppy. Building on the Innovation Accelerator paper by Helbing and Balietti [1], this paper takes the initial global vision and reviews the theoretical and technological building blocks that can be used for implementing an innovation (in first place: science) accelerator platform driven by re-imagining the science system. The envisioned platform would rest on four pillars: (i) Redesign the incentive scheme to reduce behavior such as conservatism, herding and hyping; (ii) Advance scientific publications by breaking up the monolithic paper unit and introducing other building blocks such as data, tools, experiment workflows, resources; (iii) Use machine readable semantics for publications, debate structures, provenance etc. in order to include the computer as a partner in the scientific process, and (iv) Build an online platform for collaboration, including a network of trust and reputation among the different types of stakeholders in the scientific system: scientists, educators, funding agencies, policy makers, students and industrial innovators among others. Any such improvements to the scientific system must support the entire scientific process (unlike current tools that chop up the scientific process into disconnected pieces), must facilitate and encourage collaboration and interdisciplinarity (again unlike current tools), must facilitate the inclusion of intelligent computing in the scientific process, must facilitate not only the core scientific process, but also accommodate other stakeholders such science policy makers, industrial innovators, and the general public. We first describe the current state of the scientific system together with up to a dozen new key initiatives, including an analysis of the role of science as an innovation accelerator. Our brief survey will show that there exist many separate ideas and concepts and diverse stand-alone demonstrator systems for different components of the ecosystem with many parts are still unexplored, and overall integration lacking. By analyzing a matrix of stakeholders vs. functionalities, we identify the required innovations. We (non-exhaustively) discuss a few of them: Publications that are meaningful to machines, innovative reviewing processes, data publication, workflow archiving and reuse, alternative impact metrics, tools for the detection of trends, community formation and emergence, as well as modular publications, citation objects and debate graphs. To summarize, the core idea behind the Innovation Accelerator is to develop new incentive models, rules, and interaction mechanisms to stimulate true innovation, revolutionizing the way in which we create knowledge and disseminate information.

© The Author(s) 2012. This article is published with open access at Springerlink.com 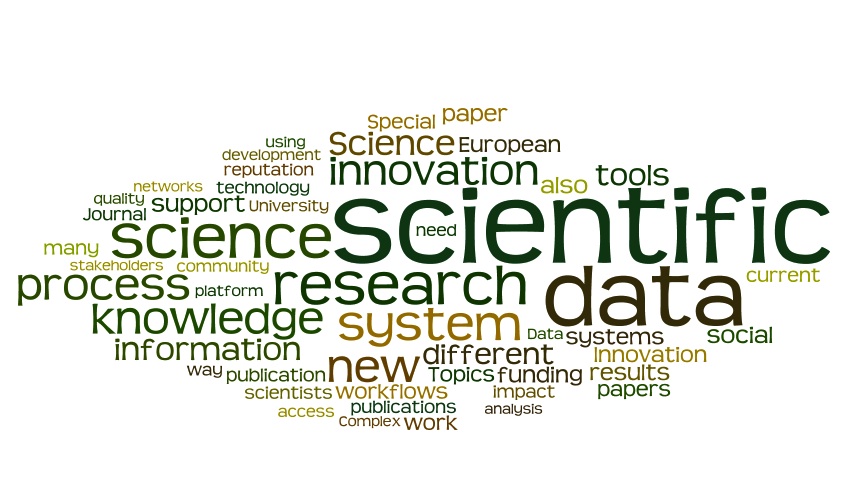